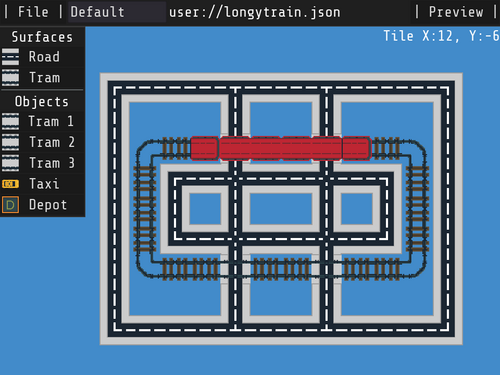 So since the jam (LD40, roughly three months ago) I've been working on a few things, which include the following:

I hope to get all of this in the hands of people soon, putting together some more levels and working on a new feature where taxis will be able to trigger pressure plates, which will toggle the movement of elements these plates are linked to (such as trams), so you might have a tram blocking the road, but by routing a taxi a certain path, you can unblock yourself!

Thats all for now :)